Year as European Capital of Culture 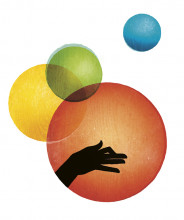 The Turku 2011 programme was comprised of  almost 170 projects which implemented thousands of events and happenings.
The programme projects were extremely diverse. There were festivals, concerts, performances and exhibitions as well as research and development projects. Some of the projects touched large audience groups, whereas others were intended for specific target groups, such as schoolchildren or residents of elderly homes.

The European Capital of Culture year of Turku was filled with joy, successes and achievements.
The thousands of events created an atmosphere of new beginnings in the city and made culture a hot topic. Artists, scientists and ordinary people got creative. These encounters generated new energy which still sparkles in Turku.